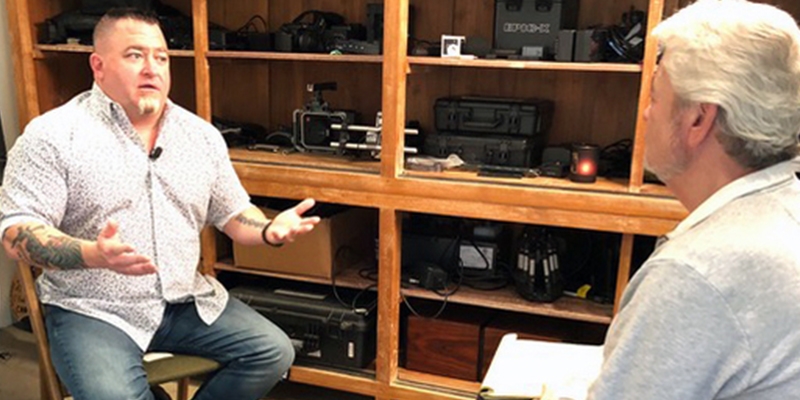 [EXCERPT] Until last October, Elizondo was the point man in the Pentagon's secret study of unknown aerial objects.  AATIP was the acronym for the study authorized by senators including former United States Senator from Nevada, Harry Reid, with the analysis conducted by a civilian contractor, Bigelow Aerospace of Nevada. The primary goal of the study, Elizondo said, wasn't to guess where these things originated but rather, how they worked.

"I think we've come very close to understanding the physics of how it works, and that's very exciting," Elizondo said. "For the first time, we have a compelling picture that what we are seeing is explained in our current understanding of physics, advanced physics, and quantum mechanics...perhaps all these observables that we have been seeing, for example: sudden and extreme acceleration, hypersonic velocities, low observability, trans-medium travel and last but not least positive lift, or anti-gravity, is really a manifestation of a single technology.  So it’s not five exotic technologies we’re trying to figure out how it works.  It’s one and we think we know that one too.”

One of the scientists that helped figure it out is physicist Dr. Hal Puthoff.  He wrote the proposal that helped Bigelow land the [DoD] contract to study UFOs and in a recent radio interview, said he commissioned 38 scientific papers during the study to explore exotic propulsion ideas, including what he called “spacetime metric engineering.”  In essence, the Gimbal and Tic-Tac craft were able to create their own spacetime bubbles.

Progress, vs Congress: A Reminder to Our Elected Officials Why They Should Take UFOs Seriously. By Luis Elizondo

Sign up for news and updates from To The Stars Academy.